Planète Energies’ website is overseen and endorsed by an Editorial Board made up of 14 independent energy experts from outside TotalEnergies company, who are all leaders in academia, industry, research and communications. The Editorial Board meets every six months to set the main directions for the website, ensure its objectivity and accessibility, and outline the topics for feature reports and other topics to be covered. Non-energy specialists from the world of education also sit on the Editorial Board, to ensure that the content published on the site is of a high standard. The site is managed on a day-to-day basis by an Editorial Committee made up of information and communications professionals. The Committee meets monthly. It invites the members of the Editorial Board to participate in meetings on the topics that concern them, to determine the best way of explaining subjects and check the accuracy and scientific rigor of the content. 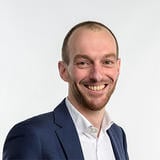 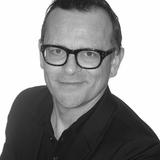 Gilles Corman
Director of Communications of the Trade Union Renewable Energy Sources (RES)
Graduated from Sciences-Po, Gilles Corman worked from 1995 to 2007 in the field of studies and consulting in opinion strategies (Director of Political Studies, TNS Sofres; Director of International Public Affairs, IPSOS Belgium). After an experience in the press as a column editor (La Lettre A), he has devoted himself for more than 10 years to strategic, corporate and political communication, particularly in the fields of environment and energy. He has been Director of the Research, Monitoring and Argumentation department, then Director of Strategic Planning in the Communication Department of VEOLIA (2009-2015). He was also Communication and Speech Advisor to the office of the Minister of Housing and Sustainable Habitat from 2016 to 2017, before managing the communication strategy consulting firm Beyond Communications. He joined the Trade Union of Renewable Energies in August 2020. 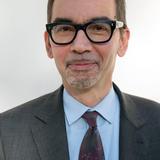 Jean-Christophe Flèche
Director of Institutional Relations and Communication, IFP Energies nouvelles
Jean-Christophe JC Flèche is a civil engineer from Mines (Nancy) and a graduate of IFP School. He joined IFP Energies nouvelles in 1986, where he was a course lecturer at the IFP School and conducted research activities in geophysics and applied mathematics, before becoming head of the geophysics master's degree. In 1994, he joined the management of IFP School as head of international action and devoted himself to promoting the training offer to universities and companies abroad. In 2001, he was appointed Director of Development for the School, then in 2003, Deputy Director of the Training Results Center, in charge of external communication and promotion of IFP School, coordination of international industrial and academic partnerships, and management of spin-offs and fundraising. In 2018, he took over the Institutional Relations and Communication Department of IFP Energies nouvelles. 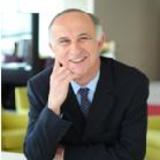 Marc Florette
Member of the Academy of Technologies / former Director of Research and Innovation at GDF SUEZ
Marc Florette was Member of the Executive Committee of GDF SUEZ, Chief Digital Officer directly reporting to the CEO in charge of the digital transformation of the GDF SUEZ group. He has been previously involved as Chief Technology Officer in charge of Research and Innovation in energy issues all along the energy value chain. He is Member of the French Academy of Technology and was Chairman of the Board of Directors of the French gas TSO GRTGaz. At the International Level, Marc Florette is a former Member of the board of MARCOGAZ (European technological organization) and (Past President of GERG ; European Gas Research Group), and is member of the board of the Gas Technology Institute (Chicago). He organized two International Gas Union Research Conference, held in 2010 in Paris, and in 2011 in Seoul. Prior to his appointment as Member of the Executive Committee of GDF SUEZ, Marc Florette has also been involved in operational activities, first as a manager in the distribution of electricity and gas in several regions of France, then as the CEO of a business unit developing, investing, and operating cogenerations and gas combined cycle. Marc Florette graduated from Ecole Polytechnique ,Paris( equivalent of MIT) in 1978, he got a master’s degree in mathematics at the University of Paris VI and a master of Science in physics engineering of UCSD in USA. 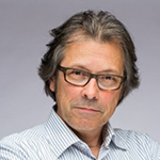 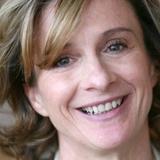 Manoelle Lepoutre
Former Executive Director at TotalEnergies Foundation
Manoelle Lepoutre was Senior Vice President, Civil Society Engagement from 2016 to 2021. She began her career for Elf in Exploration and Production Research & Development, where she was in charge of Basin Modelling (petroleum evaluation of sedimentary basins and of exploration prospects). 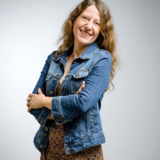 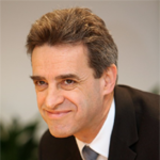 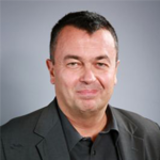 François Molho
R&D Communications Manager at French power utility EDF
He was born in 1963, he is 51 years old. Graduate from the Institut d’études politiques de Paris , “Sciences Po” (1986) , he passed a master in history in 1984. He had been a journalist and editor in chief in economy for 16 years. He Joined EDF headquarter in 2005 as deputy chairman of the media relationship department. In 2010 , he joined EDF R&D as Director of communication 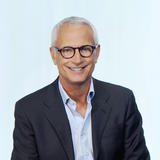 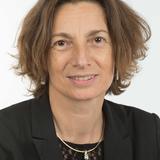 Marie-Noëlle Semeria
Chief Technology Officer at TotalEnergies
Marie-Noelle Semeria is the Chief Technology Officer of Total since November 2017. She was previously CEO of CEA-Leti and President of the Network of Carnot Institutes. During her previous 18 years at CEA, she held different seniormanagement and strategy-development positions and helped secure numerous patents in CEA- Leti and as Chief Scientist for CEA Tech. Her professional experience ranges from public research to start-up and high tech industry. She began her career at Sagem (Safran) in magnetic storage, then she served in the start- up Pixtech as field emission display architect before joining CEA-Leti where she launched an internal contest to promote start-up creation and signed leading partnerships with semiconductor industrial majors. In 2011, she was awarded the Legion of Honor and the Order of Merit in 2015. Semeria held numerous positions as board member of french and european agencies and associations : ANR, CNRS, Allisten, MINALOGIC, AENEAS... She received a doctorate of science in solid state physics from Joseph Fourier University in Grenoble and a degree from IHEST to bridge science and society. 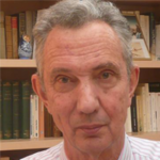 Bernard Tardieu
Chairman of the Energy and Climate Change Committee, National Academy of Technologies of France (NATF)
Bernard Tardieu is Chairman of the Energy and Climate Change Committee at the National Academy of Technologies of France (NATF). He is an internationally renowned expert in hydroelectricity, dams, canals, and nuclear power plant civil engineering. Until February 2008, he was Chief Executive Officer of Coyne et Bellier-Tractebel Engineering (a business unit of GDF SUEZ Energy Services), of which he is currently Honorary Chairman. As an employee and then CEO, Bernard Tardieu has dedicated his career to developing major water and hydroelectric power projects in some 50 countries. Hepromoted the use of theoretical (static and dynamic modeling, poroplasticity, modeling of geomaterials) and practical research methods during expert assessments, construction work and inspections at dams. Bernard Tardieu has been Vice President of the International Commission on Large Dams, President of the French Committee on Dams and Reservoirs (CFBR), Vice President of the French government's Advisory Board for Civil Engineering Research (CORGEC – 1985-1995) and a member of one of the Specialised Commissions of the French National Research Institute of Science and Technology for Environment and Agriculture (IRSTEA). He is currently a member of the Permanent Technical Committee on Dams and Hydraulic Structures, a member of the Scientific Board of Eléctricité de France (EDF) and Ecole Nationale des Ponts et Chaussées (ENPC) and President of the Scientific and Technical Committee on "structures" of the French waterways’ (VNF's) Seine-Nord Europe Canal project. He has published numerous scientific articles and has been a member of many thesis examination committees. 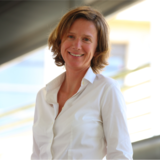 Delphine Woussen
Head of Smart Home & Smart Building at Orange Business Services
Delphine Woussen is Director of the Smart Home / Building division at Orange Business Services. She joined the Orange Group in 2005 to support the European rollout of livebox and voice over IP. Prior to that, she worked six years in strategy consulting at CapGemini Consulting and contributed to the launch of Iridium in France at Motorola.